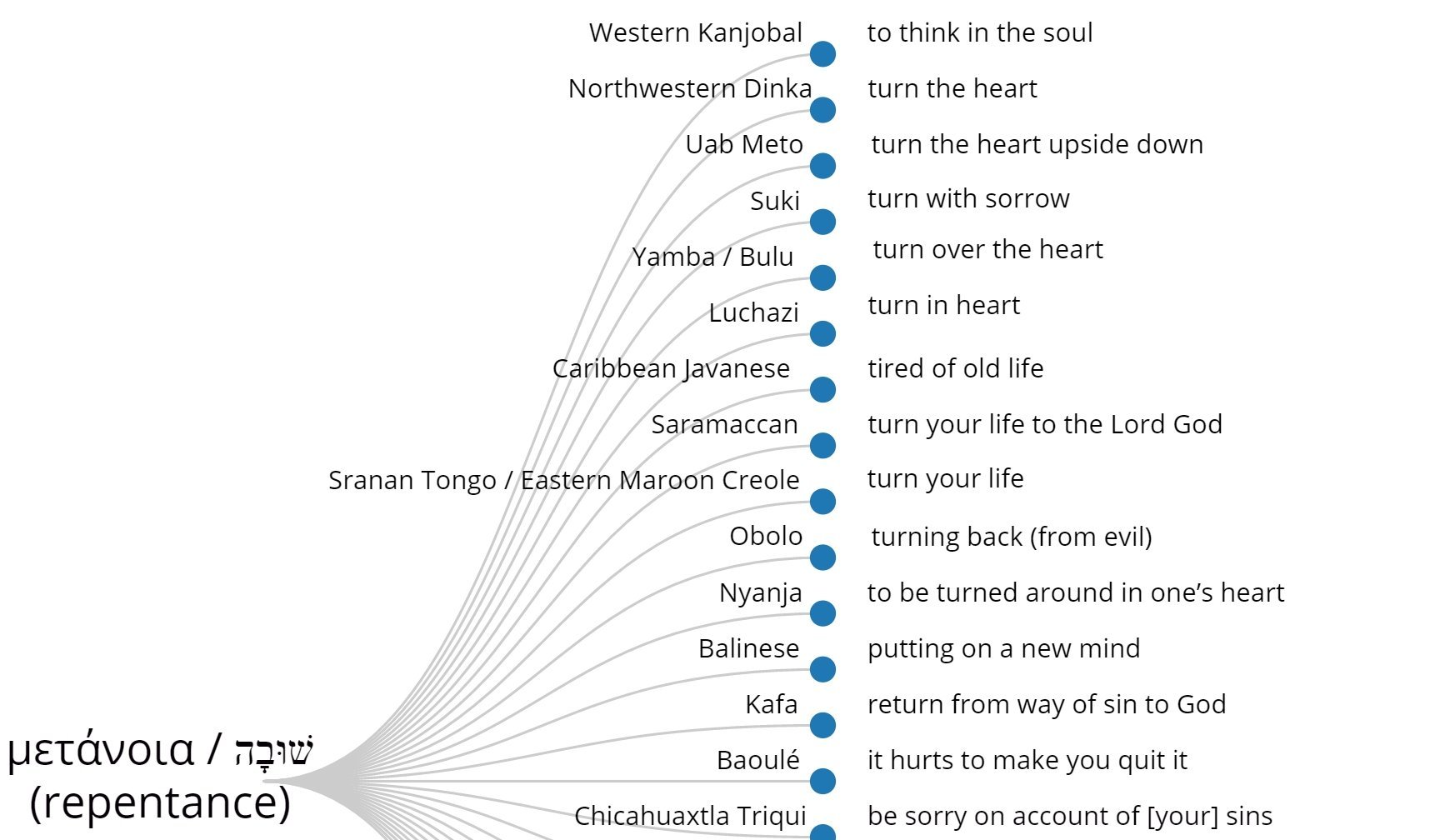 (To view the different translations of this term in a simplified graphical form on a new page, click or tap here.)

Many languages distinguish between inclusive and exclusive first-person plural pronouns (“we”). The inclusive “we” specifically includes the addressee (“you and I and possibly others”), while the exclusive “we” specifically excludes the addressee (“he/she/they and I, but not you”). This grammatical distinction is called “clusivity.” While Semitic languages such as Hebrew or most Indo-European languages such as Greek or English do not make that distinction, translators of languages with that distinction have to make a choice every time they encounter “we” or a form thereof (in English: “we,” “our,” or “us”).

For this verse, translators typically select the inclusive form (including the people of Israel).

(To view the different translations of this term in a simplified graphical form on a new page, click or tap here.)

The concept of “forgiveness” is expressed in varied ways through translations. Following is a list of (back-) translations from some languages:

Following are a number of back-translations of Luke 17:4: