Targumim (or: Targums) are translations of the Hebrew Bible into Aramaic. They were translated and used when Jewish congregations increasingly could not understand the biblical Hebrew anymore. Targum Onqelos (also: Onkelos) is the name of the Aramaic translation of the Torah (the first five books of the Hebrew Bible) probably composed in Israel/Palestine in the 1st or 2nd century CE and later edited in Babylon in the 4th or 5th century, making it reflect Jewish Babylonian Aramaic. It is the most famous Aramaic translation and was widely used throughout the Jewish communities.

In many, but not all, cases the translation of Targum Onqelos avoids anthropomorphisms (attribution of human traits, emotions, or intentions) as they relate in the original Hebrew text to God. 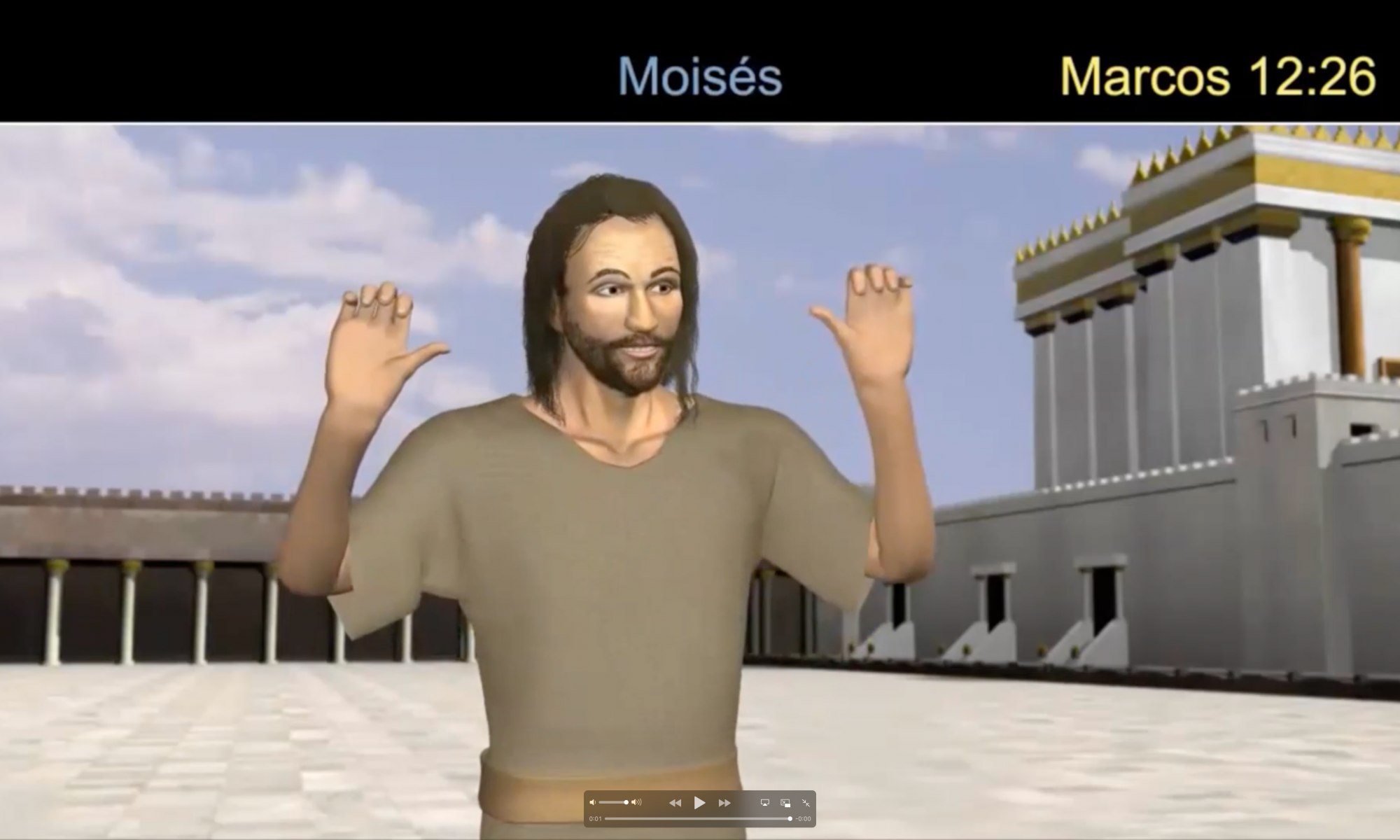 The name that is transliterated as “Moses” in English is signed in Spanish Sign Language in accordance with the depiction of Moses in the famous statue by Michelangelo (see here). (Source: John Elwode in The Bible Translator 2008, p. 78ff.) 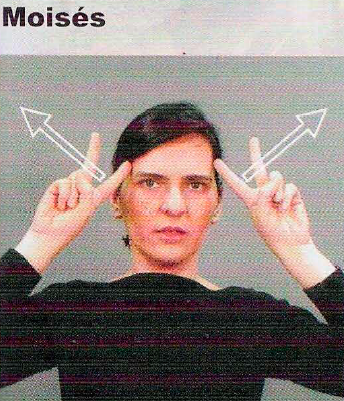 The horns that are visible in Michelangelo’s statue are based on a passage in the Latin Vulgate translation (and many Catholic Bible translations that were translated through the 1950ies with that version as the source text). Jerome, the translator, had worked from a Hebrew text without the niqquds, the diacritical marks that signify the vowels in Hebrew and had interpreted the term קרו (k-r-n) in Exodus 34:29 as קֶ֫רֶן — keren “horned,” rather than קָרַו — karan “radiance” (describing the radiance of Moses’ head as he descends from Mount Sinai).

Even at the time of his translation, Jerome likely was not the only one making that decision as this recent article alludes to.